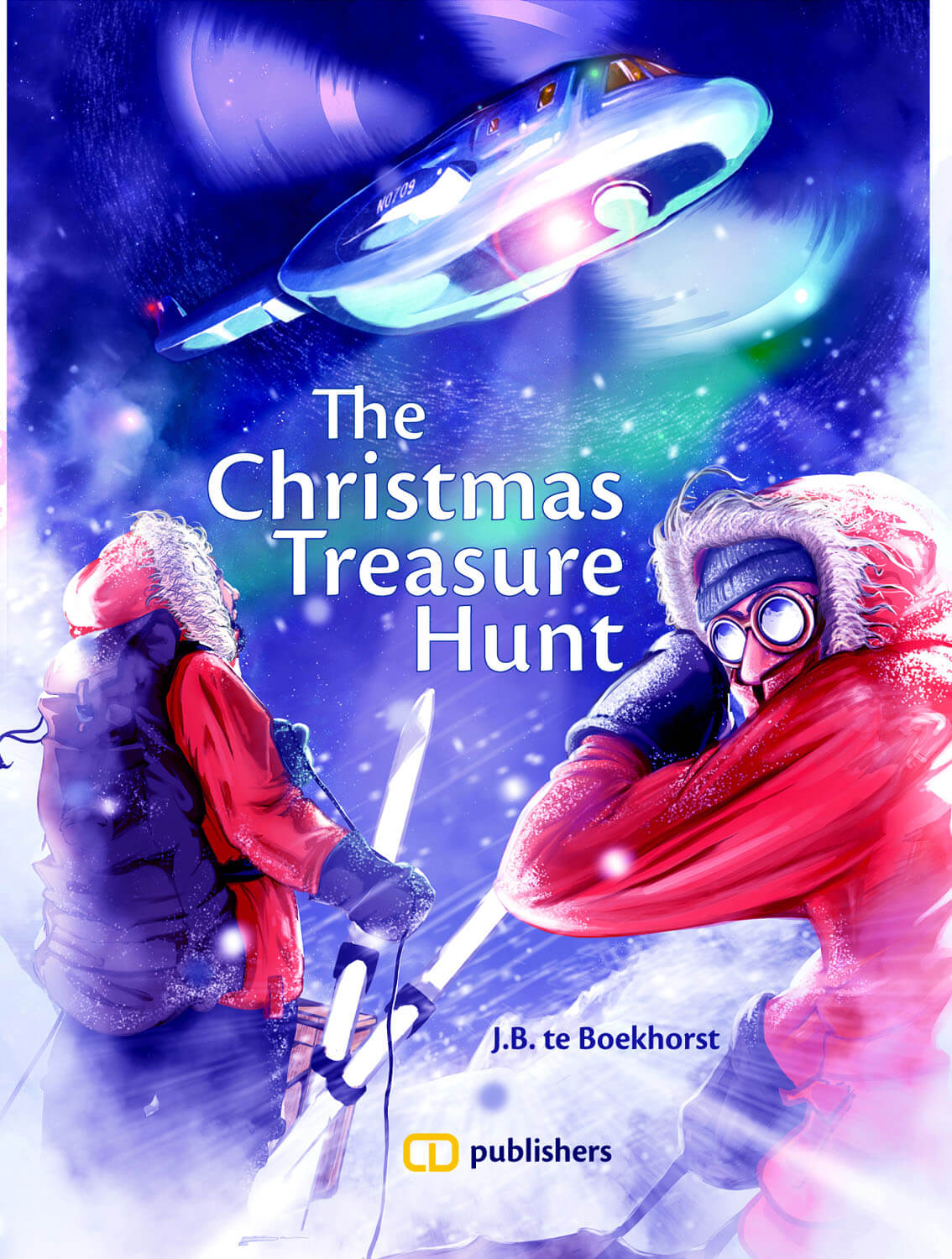 This year will be toy store Salfrinch’s hundredth anniversary. A celebratory year one might think. But for two years, due to the credit crunch and Asian competition, Salfrinch aren’t quite the toy’s domain’s market leaders they used to be. Nevertheless, chief executive John Bowman wants to seize the opportunity to make this a memorable year. Salfrinch will hold a competition: people are challenged to create a toy. This can be anything, as long as children and adults alike can play with it. There is only one condition: it has to be about either Christmas or winter. The inventions of four winners will be manufactured and sold in the 1,200 stores of the toys giant. In December, the four winners plus a guest will go hunt for a Christmas treasure. This treasure of a 100,000 euro’s is hidden on the North Pole. The couple who executes set tasks the best receive the most clues to help them find the treasure. Amongst the competitors are a billionaire with his overweight son, a girl with a preference for high buildings juxtaposed to a fear of heights and darkness, and an asthmatic boy. It will be a terrible ordeal for all eight contestants to bear two weeks of bitter chills on the North Pole. There is, however, one slight problem: Steve Salfrinch, the toy store founder’s great-grandson and member of the board of directors. As name bearer Steve thinks he should be the chief executive officer. He tries to sabotage the competition so that his rival Bowman has to step down as head of the office. In order to do this Steve hires two of his mistress’s cousins, who make their living by carrying out petty thefts. Due to the extreme coldness on the North Pole – the competition takes place two weeks before Christmas – everything isn’t working out as it is supposed to. The two cousins Frank and Paul chance upon Father Christmas. The four couples have only two days left to save Christmas…