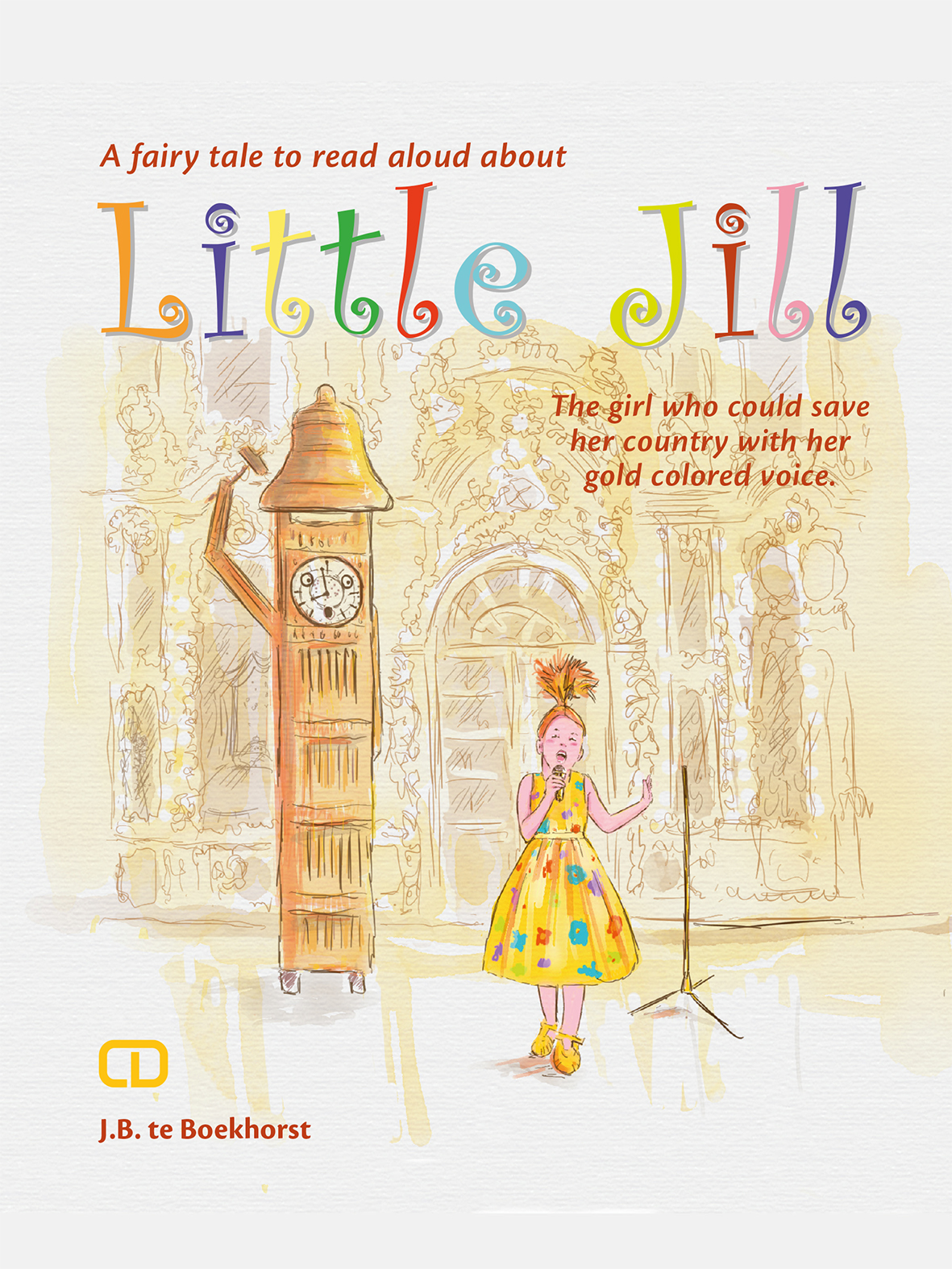 Once upon a time long long ago, there was a very small country. A country with thousands of little inhabitants, where once everybody lived a happy life. Yes, lived, because for the last eight long years, everybody was very sad. For all that time there had been a large dark cloud hovering above the enormous palace of the king, Big King. This was because the evil Big Witch had cast a spell on the yearly singing contest, so her daughter Little Twitch had won eight years in a row. Until then, Little Princess had been the best singer. Should Little Twitch win this year for the ninth time, she was to marry prince Bigger of Bigger Land, and never again there would be a clear blue sky above Little Land.

Yet there was one glimmer of hope. Little Jill. She had the purest voice of all Little Land. Unfortunately, for the past two years Little Jill had lost to Little Twitch, because the evil witch had cast a spell on Little Ben, the large palace clock. Every year, he had to appoint the winner with his large hand. And for the past eight years, Little Twitch had been appointed the winner. Due to the laws of Little Land, this year was the last time Little Jill could participate in the contest. So Little Jill was their last hope for a sunny future. Could she win this last time and make Little Land happy again?